Menu
Relevant for:
MINIMINI+
Last updated a year ago
This article is also available in following languages:

With the release of the Original Prusa MINI, we have again developed a new mainboard, which is a 32-bit platform. It still works on 24V and uses Trinamic drivers for motors, allowing for super silent printing, but also includes ethernet, expansion with Wifi, and its 32-bit system, allowing for more complex calculations and processing of much more than just G-code.

For a full guide on replacing the Buddy board, or more information regarding cable-management, we recommend checking the guide How to replace a Buddy control board (MINI). 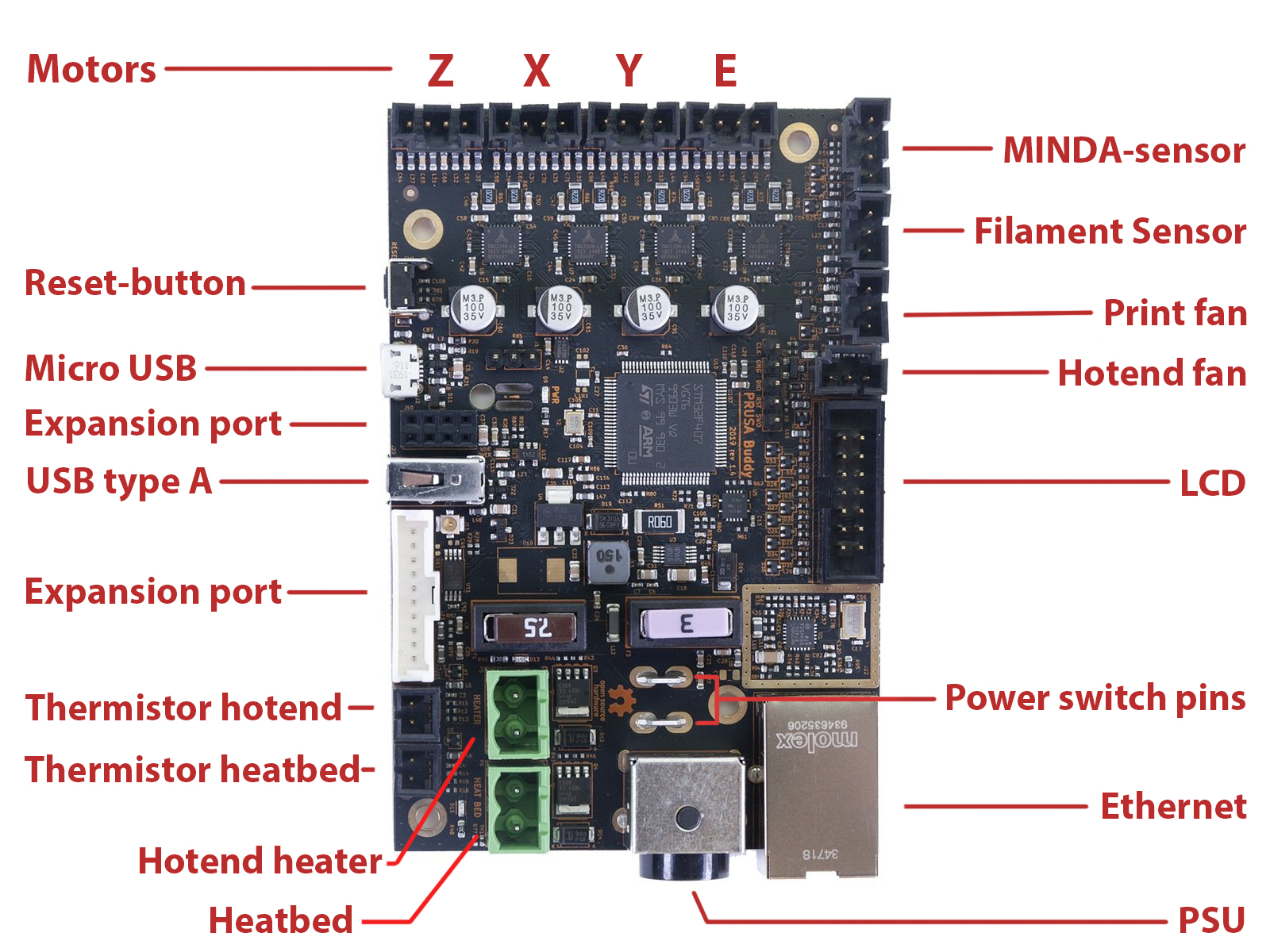 Did you know, that...?
The Buddy board is designed and built to sustain considerable heat. It does not need any cooling even if the printer is in an enclosure.
Was this article helpful?