ColorPrint with the mmu

Menu
Relevant for:
MMU1MMU2S
Last updated 2 months ago
This article is also available in following languages:

It is possible to edit any Color Print action after it is created (right-click), the layer slider has to be exactly on the layer you wish to edit.

When color/extruder-changes are added and later made invalid by switching a printer profile or changing extruder assignments at the Plater (going from scenario 2 to 3 above or vice versa), the invalid color/extruder changes are marked with an exclamation mark to alert the user.

Any such color/extruder change will be ignored during the G-code export. Further manipulation with the ColorPrint slider is blocked before these conflicts are resolved by the user.

Imagine this as a normal color change with the single-extruder printer. Each layer can have only one color at the same time. But rather than switching the color manually, you can pick which extruder to use next.

Move the layer preview slider to desired color change height, click on the orange plus icon and select Change extruder.

If you enable Print settings - Multiple Extruders - No sparse layers each color change will add only one layer to the wipe tower. 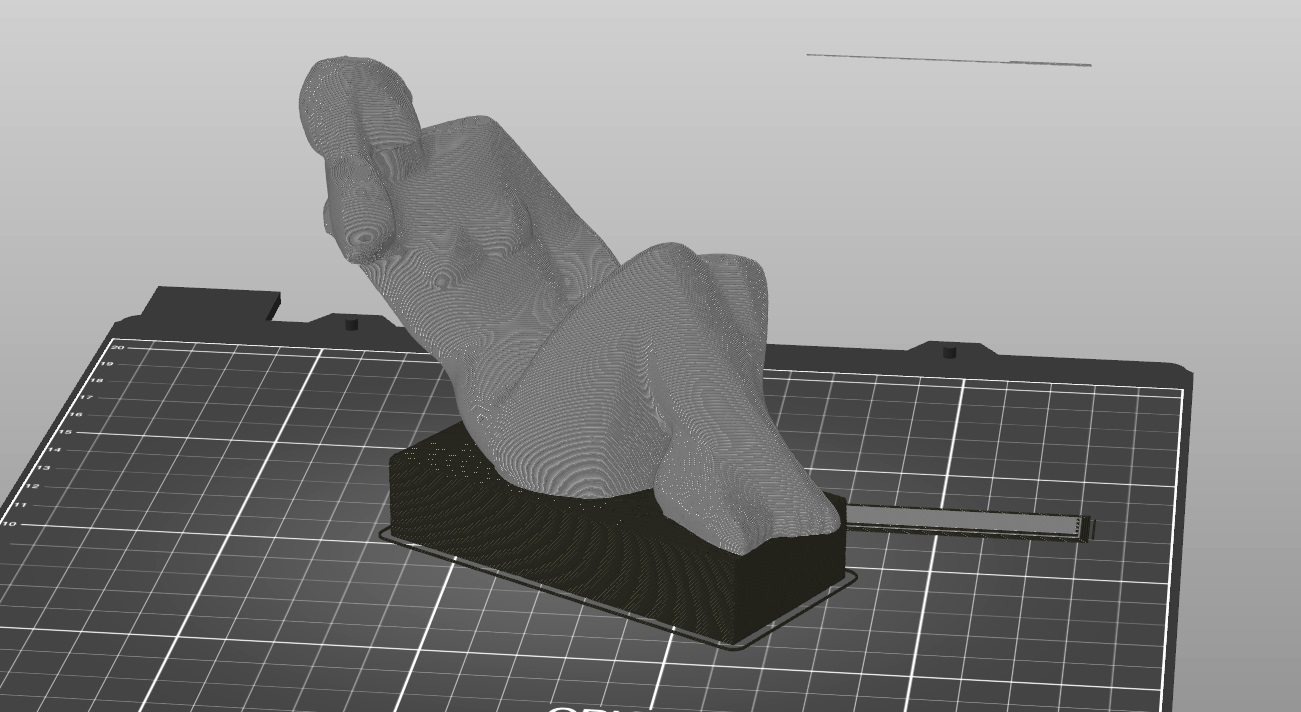 Let's say that you have a multi-material print with all 5 filaments already in use. However, you wish to use one more color by manually changing the filament in of the of the mmu slots.

Simply move the layer preview slider to desired color change height, click on the orange plus icon and select for which extruder you wish to add the color change. All extruders used in the current layer will be marked.

The resulting model with 8 colors used in total: