Menu
Relevant for:
MMU2S
Last updated 2 years ago
This article is also available in following languages:

As you can see, there are five main LEDs on the MMU2 unit. Their arrangement corresponds to the arrangement of the 5 PTFE tubes and 5 filament channels. Each LED consists of two sub LEDs: Red status LED Green status LED.

As you would guess, the green light means that everything works as it should.

This sequence won't stop until FINDA senses the filament flowing through or the user cancels the operation pressing the middle button. 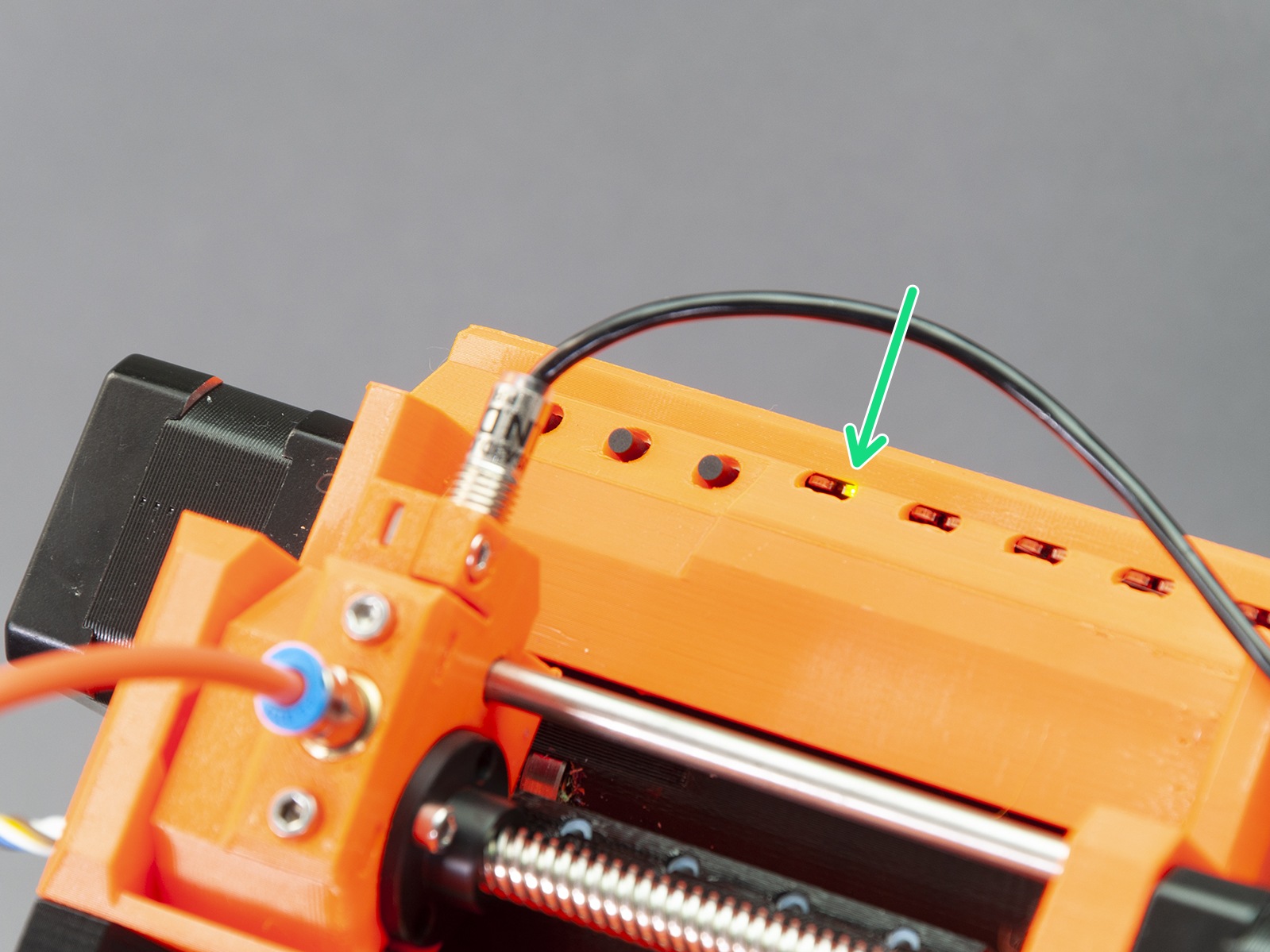 As for the red light, its meaning also depends on the context:

Wait until the printer finishes the current activity (there is not necessarily a problem). 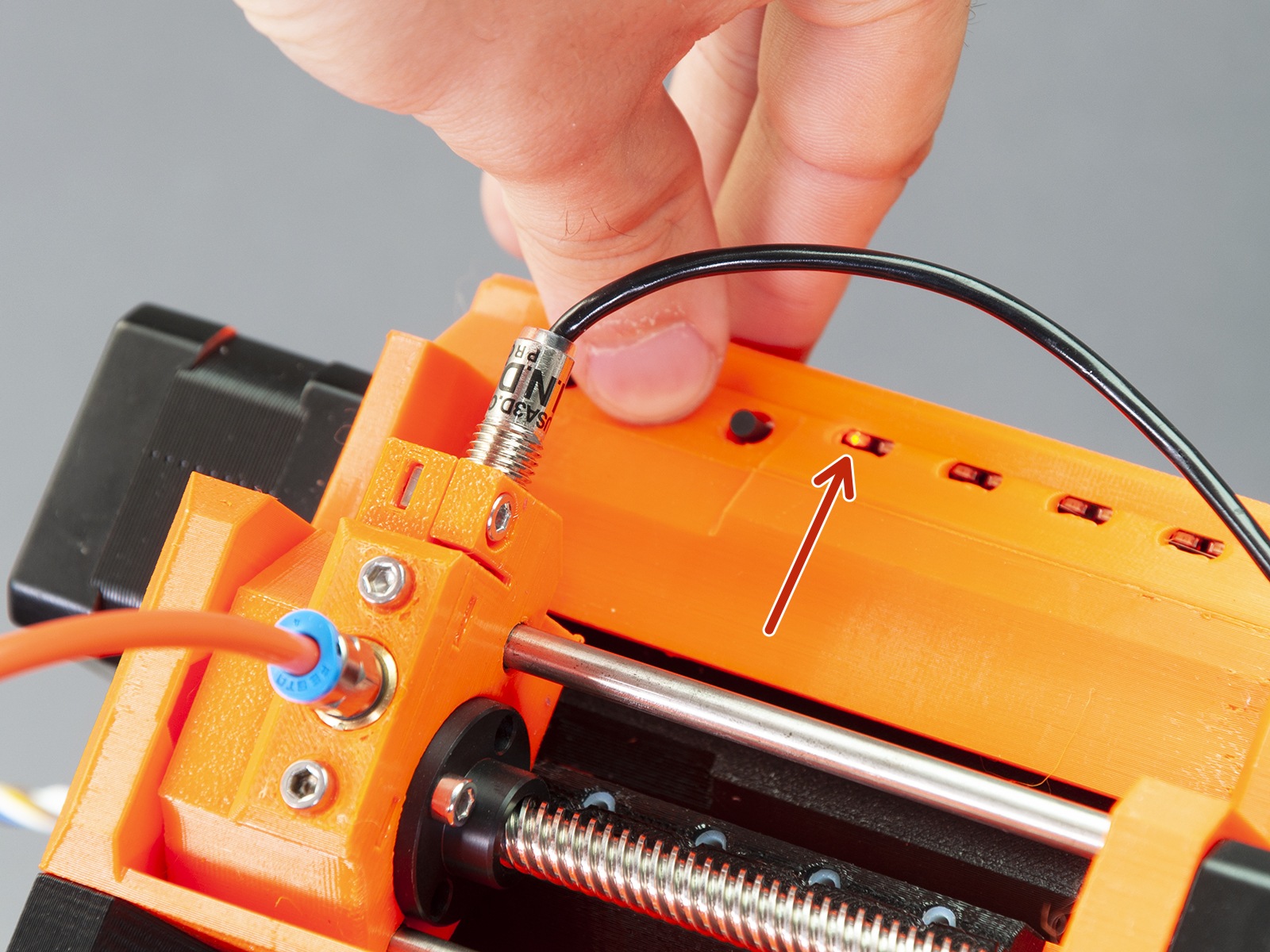 An error occurred during the filament load.

An error occurred during filament unload.

All five LEDs blinking red after power on

If the filament is present in the selector during power-up, it’s detected by the FINDA and the standard booting move sequence is interrupted, as it would bend or break the filament. Remove the filament manually first so the boot can continue. No need to press any button. As soon as you take the filament out, the printer will continue by itself.

Resetting the MMU2S using the reset button on the side of the unit is usually enough. However, if all the LEDs keep on flashing simultaneously, then it may be a power issue: