Menu
Relevant for:
CW1MINIMINI+MK2.5MK2.5SMK2SMK3MK3SMMU1MMU2SPlus 1.75 mmSL1
Last updated a year ago
This article is also available in following languages:

In 3D printing (and modeling, animation and more), objects are represented by their outer shell. This shell is represented as a triangle mesh. It’s possible to have several meshes inside a single file.

STL files will always get imported as a single object, no matter how many separate shells are included in the file.
3MF files support multiple objects natively, each object will be properly identified and loaded as a separate entity.

Sometimes this is done on purpose, for example, when you export the entire platter as a single STL or when you export a multi-material model. You may want to separate the shells in order to transform individual objects independently of each other or set different print settings for different models. PrusaSlicer can automatically identify multiple shells inside a single file and split them into separate models.

Select the model you wish to split and click either on Split to objects or Split to parts in the top toolbar. 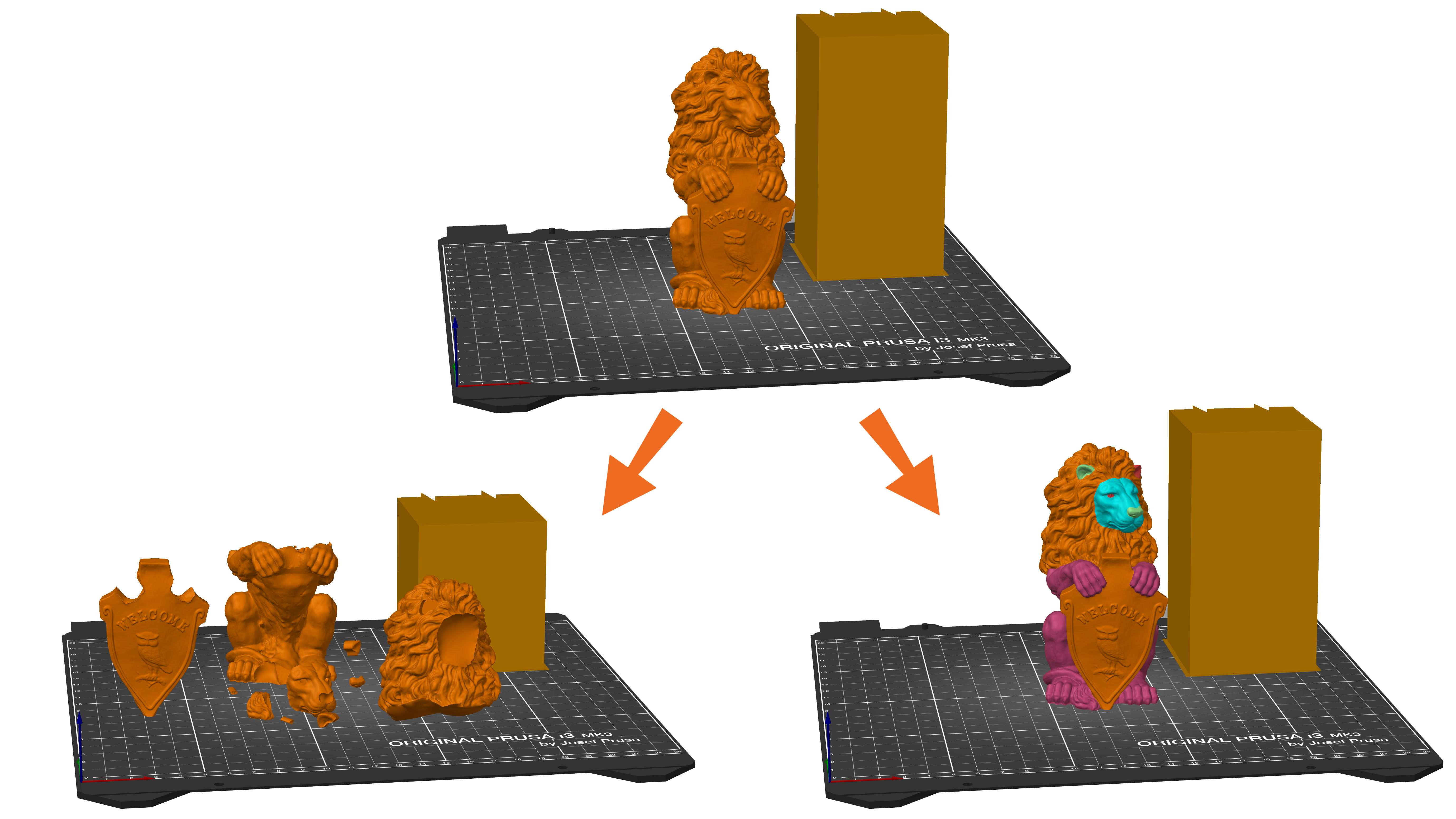 Split to objects (left) and Split to parts (right)